Why small influencers are better for emerging businesses

Influencer marketing has been around for quite a while. It has substantially altered traditional advertising methods and has become one of the most popular methods today.

Influencers built their audiences on Instagram long before it launched its advertising platform by sharing their daily lives, generating a sense of intimacy between them and users.

People began to comment on their publications, generating an exchange and feeling part of the daily life of the person they admire. 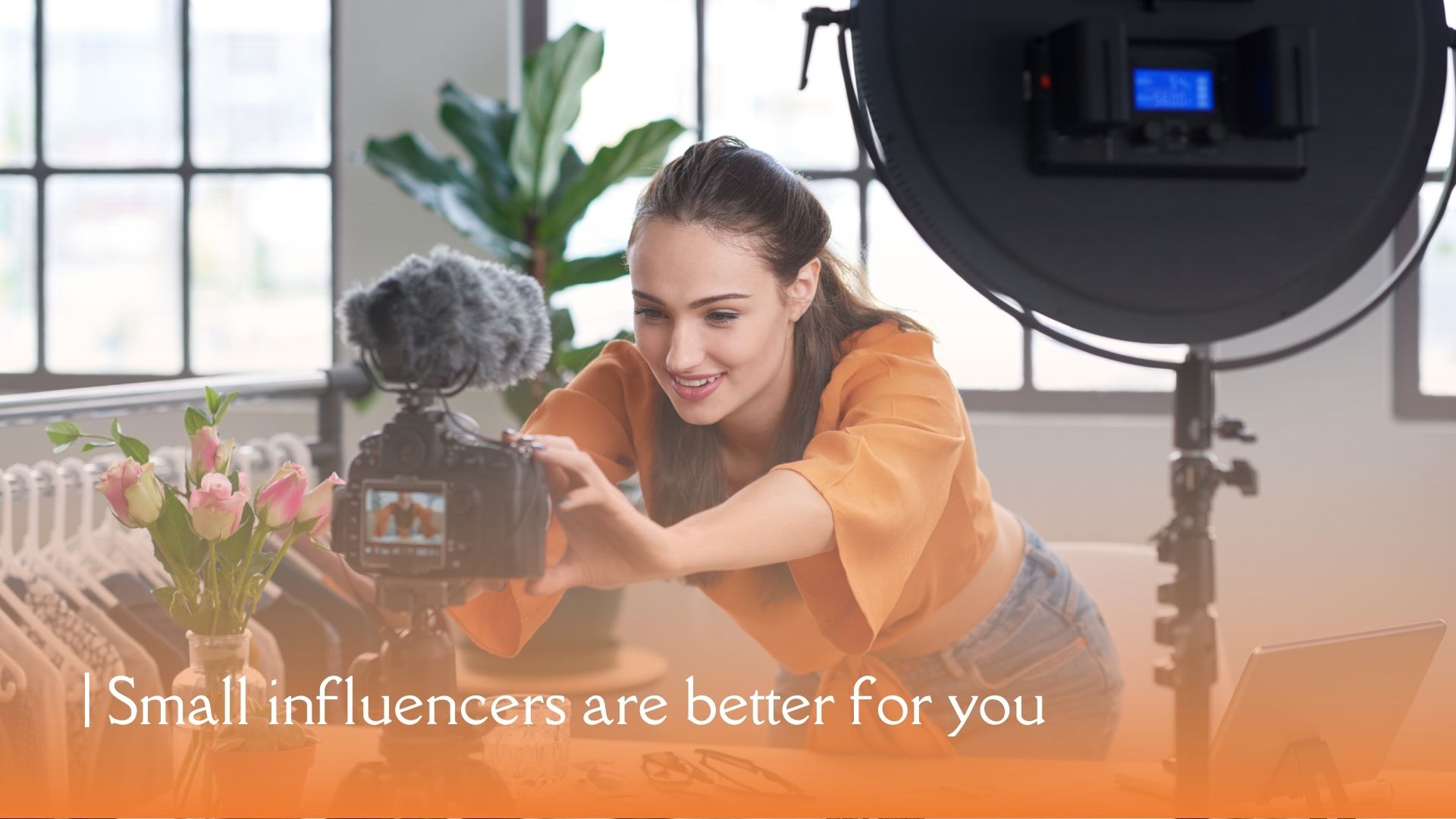 Micro influencers: what are they?

Micro-influencers are social media users who specialize in a particular niche or industry.

Associating with small and medium businesses allows them to post certain sponsored posts after sharing content on their social media networks regarding their interests.

Micro influencers have a stronger connection with their audience and are able to create a deeper bond with them.

As well as being cheaper to work with, they can also have a greater impact on companies when collaborating with them, although this depends on the professional as well as the influencer marketing agency.

Nano influencers: what are they?

On their part, nano influencers are similar to micro influencers, but on a much smaller scale. Generally, they are normal people who have a fan base that does not exceed 1,000, formed of their acquaintances, friends, and family.

They may not have many followers, but brands realize that they are people who generate much more trust, since their audience is from their circle (or close to it) and their words have a greater impact.

In general, nano influencers post honest things on social media, such as talking about movies they like, showing pictures of their food or places they’ve been, or sharing notes or content of interest.

These are people who have a good interaction with the users they follow.

Why pay small influencers instead of big names?

According to different studies, the fewer followers influencers have, the more interaction they generate.

It is their main advantage over traditional influencers and celebrities.

At the same time, this is one of the advantages of nano influencers over micro influencers. This connection to the community is what ends up influencing the engagement rate.

Advertisers can hire several micro-influencers instead of just one or two celebrities, for greater interaction with the community.

Nowadays, brands strive to reach people who are loyal to their brand and their product.

To conclude, we should clarify that the importance of these new influencers does not imply that brands should stop working with famous people, since they can provide other valuable aspects.

On the other hand, accounts with less than 10,000 followers have 10% engagement, while accounts with more than 1 million reach 0.02%. Discover more at Polax!