The cost of an incorrect investment in technology

A single mistake in an increasingly competitive market could mean giving all the advantage to the competition that could be doing things right.

Most of the time, poor choices are the result of inadequate decision speed, personal bias, or lack of data to support them, or a price that, in the short term, seems attractive.

Let’s review some types of disasters a bad investment in technology could produce, and the importance of avoiding them in order to succeed and stay competitive. 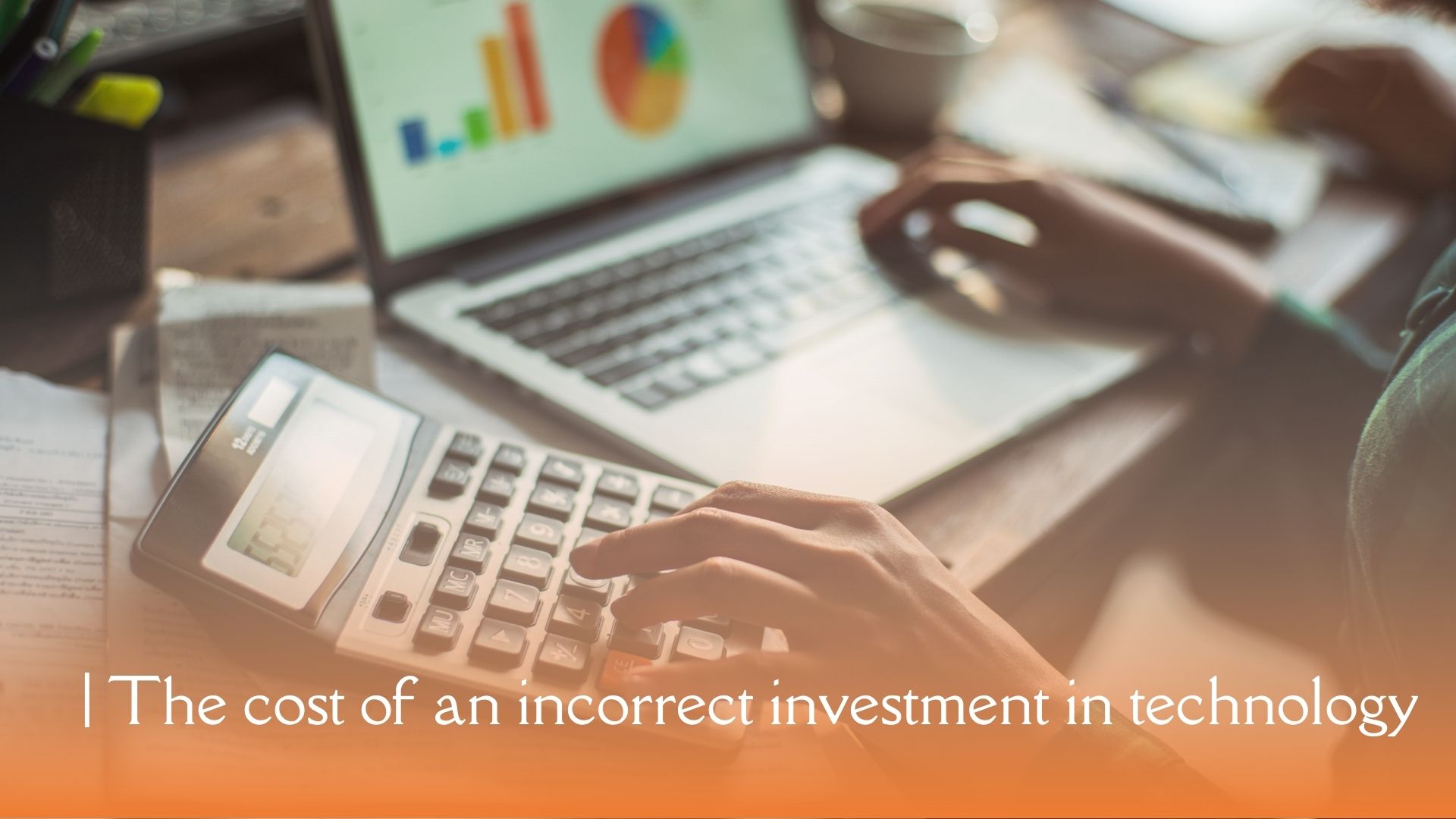 Losses due to financial problems

In most cases, financial losses resulting from improper use of information systems and technologies occur as a result of errors in the design and implementation of said systems and their compatibility, integration, or failure to align IT with business goals.

Choosing the wrong tech and/or developers can result in:

How many times have you had to start over? Not knowing how a project can evolve can cause unnecessary delays and reinvestments.

When making a decision because you’re thrifty or in a hurry, you don’t consider the growth and scalability that a digital business could provide.

An example of this is to lean towards using a commercial software based on templates that prevents adding functionality, optimizing the user experience or integrating systems once they are needed.

Understanding this, it is vital that you make your decisions not just based on what the business dictates, but also based on what the users really need. You won’t end up launching a platform that becomes a problem rather than a solution.

As a concept, technical debt represents the work deficit that is caused by producing inappropriate code, or by not adhering to the recommended practices for software development.

From success to oblivion: companies that refused to adapt

Technology advances inevitably lead to change. Despite some companies being the best ally to make the leap and lead their field, there were many others who did not know how to adapt and failed.

Business history is littered with huge failures that resulted from not jumping on the innovation train or deciding it wasn’t the right route. It is vital for survival to be able to adapt to constant cultural and technological changes.

A good example is the case of companies that once dominated the market and are now almost forgotten. Terra, Atari and many other companies failed to respond to technological advances and failed miserably, leaving behind those past years of success.

Many opportunities come along only once. Had Kodak at the time decided to rethink their primary business to that of digital cameras or had Blockbuster accepted Netflix’s proposal to position the streaming format, they would have continued their years of greatness.

Good decisions aren’t always the result of chance or a hunch. Whatever the size or industry of your business, one of the biggest risks of not investing in technology is becoming obsolete or invisible to consumers.

It is possible that even if a company has the best product or service, its absence in a digital environment or the lack of tools to adequately optimize internal operations might lead to its demise.

The benefits that digitalization can generate for your company are limitless. You don’t have to be afraid of taking advantage of these innovations by implementing a high-performance digital solution or investing in a technology that helps your business survive well into the future.